According to the largest-ever study of the effects of antibiotics worldwide, more than 1.2 million deaths worldwide in 2019 were caused by drug-infectious bacterial infections. That is more than the number of people dying each year from malaria or AIDS.

The study, published in the medical journal The Levant, found that despite the dangers to everyone, the poorest countries were the most affected.

In medical terms, this condition is called anti-microbial resistance (AMR). This is when bacteria, viruses and parasites change over time and are not affected by the drug. This makes it difficult to treat any infection and increases the risk of serious illness and even death.

According to the report, this needs to be avoided, so immediate investment in new drugs is essential. The report also states that current medicines need to be used wisely.

In the last few years, antibiotics have become less effective against serious infections due to overuse of antibiotics for minor infections.

Common diseases and infections are killing people who used to be cured by medicine. The bacteria that used to cause these infections are now resistant, meaning they are not being treated.

Concerns have been raised about the effectiveness of antibiotics. A British health official recently described AMR as a “hidden epidemic” that could lead to a resurgence of the corona epidemic if not used responsibly.

According to the report, Kovid-19 caused a large number of people to be hospitalized and increased use of antibiotics, which increased the risk of AMR.

The report, based on an analysis of 204 countries, estimates the number of deaths due to antibiotic failure. The analysis, led by a team of international researchers, was led by the University of Washington in the United States.

The team estimated that 5 million people worldwide died of such diseases in 2019, with AMR playing a role. This was in addition to the 1.2 million deaths in which AMR had a direct role. That is, more than 6 million deaths could be attributed to AMR.

MRSA (methicillin-resistant Staphylococcus aureus) was particularly lethal. Similarly, e. Drugs are also thought to be ineffective for diseases caused by E. coli and many other bacteria.

According to the research, based on patient records, studies and other data sources from the hospital, the youngest child was most at risk. One in five cases of AMR-related deaths was in a child under the age of five. 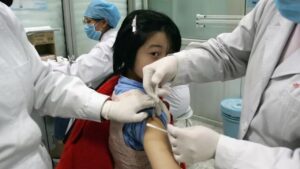 According to the report, AMR killed more than 389,000 people in South Asian countries in 2019.

Commenting on the findings of this report, senior scientist at the Indian Council of Medical Research (ICMR), Dr. According to Kamini Walia, AMR is like a global crisis.

“Bacterial resistance has become a global health emergency that no government in the world can ignore,” he said. We need to monitor the use of antibiotics to make sure they are effective in the future. ”

Chris Murray, a professor at the Institute for Health Metrics and Evolution at the University of Washington, says the new data reveals a great deal of reality around the world.

How to protect your face from the sun 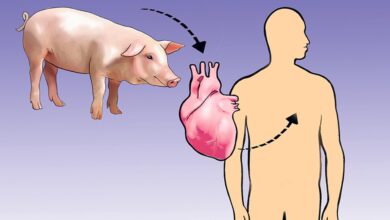 Why Is The Child In Hands Of The Beggar Always Sleeping?