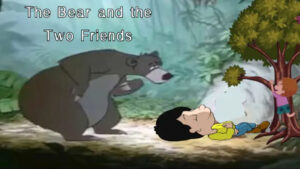 One day, two friends were walking through the forest. They knew that jungle roads were dangerous and that anything could happen. So they promised to stay close to each other in case of any danger and to help in any way.

As they were moving forward, all of a sudden, they saw a big bear coming towards them. After seeing the bear, a friend got scared and immediately climbed a nearby tree. He didn’t think anything of his friend. Leaving his friend, he thought only of himself.

But the other friend did not know how to climb the tree. The friend who climbed the tree did not say anything to him. He was confused about what to do, where to run. Nothing came to mind, he fell to the ground and held his breath like a dead man.

Suddenly the bear arrived. Reached close to a friend lying on the ground. Slowly the bear moved around him and his body began to sniff. The bear sniffed his nose and sniffed his ears. In the end, it looked like a dead body, when the dead thing was eaten by a bear, the bear went away.

When the bear was gone, the friend who was hiding in the tree came down. And he asked his friend, “Friend, what did the bear say to you?” Listening to him, another friend said, “The bear advised me never to trust a bad friend.”

Lesson of the story: A true friend will never leave you. 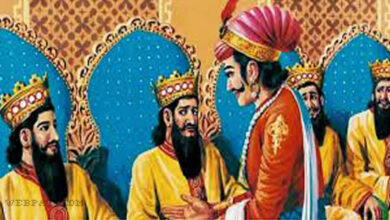