“The Thought of a Fish and a Frog”. 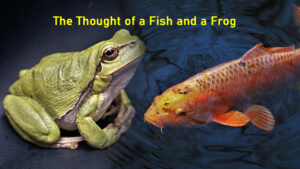 There lived a frog in the well. He had only seen this world. He had seen the same sky, as seen from inside the well. That’s why the scope of his thinking was small.

Suddenly a small fish of the sea came by the way of the water below. So they both had a conversation.

The fish asked that “you know how big the sea is?

The frog took a leap and said “Will be so”

Then the fish said “or not.”

Now this time the frog, putting its full force on one end jumped to the other end and said “Can’t be bigger than this”

The fish said “no, the sea is much bigger than this.”

The frog couldn’t believe it, he thought the fish was lying

Both were right in their places. There was a difference in their thinking.

The fish’s thinking was according to its environment and the frog’s thought also the environment in which he lived was exactly the same. The same thing happens in real life too.

Friends, the environment in which we live, we feel, this is the truth of life, but we are wrong. We have to increase the scope of our thinking and from the point of fish. Will have to learn.

If we apply this lesson in life then surely, as the scope of our thinking increases.  We will keep moving forward.

How did you like this story? This is the best motivational story.

If you have any question or suggestion then let us know through comment. 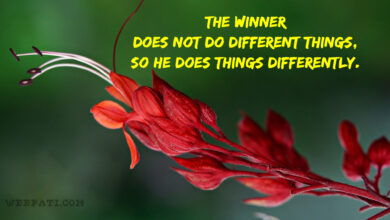 26 Inspirational Quotes That Will Change Your Life 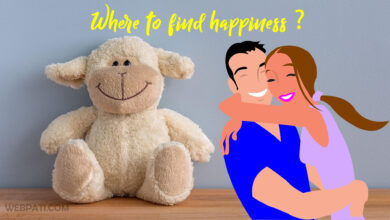 Where to find happiness? Some important things to know in order to be happy